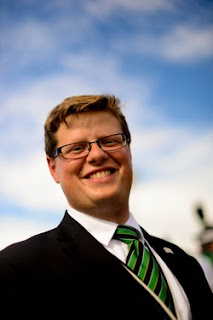 We are excited to officially welcome our new 7-12th grade music director, Mr. Kuhlman!
Before coming to Mohawk, Mr. Joe Kuhlman served as Band Director for Hall Memorial School in Willington, Connecticut, where he taught band students in grades 5-8 and 6th Grade General Music. Before that, he worked as Graduate Associate for University Bands at Ohio University while also completing a Master’s of Music degree in Instrumental Wind Band Conducting. As such, his duties included assisting with the Wind Symphony, Symphonic Band, University Concert Band, and the Marching 110 as well as serving as a teaching assistant for undergraduate conducting courses. Prior to this experience, Mr. Kuhlman worked in the public school system, with four years at Federal Hocking Secondary School in Stewart, Ohio, where he conducted the Concert Band, the Jazz Band, the Concert Choir, and the Marching Lancers and one year teaching general music for kindergarten through 8th grade at the Columbus Arts and Technology Academy.
Mr. Joe Kuhlman is a native of Northeast Ohio, and moved to New England in 2015. Mr. Kuhlman plays the trumpet, and is a bass/baritone. As an actor in traditional and musical theatre, he has played characters like George Antrobus in The Skin of Our Teeth, the Voice of Audrey II in Little Shop of Horrors and most recently, the Beast and Scar in a Disney Cabaret musical revue. He loves running, bicycling, reading, playing video games, spending time with his wife Allison, and playing with his dogs Frodo Waggins, Pepperoni, and Myrtle.
Also, families of Mohawk Music Students, please stay tuned to the MMA website, our facebook page, and your mailbox for information about a mandatory meeting in September when you will get to meet Mr. Kuhlman, find out what plans are in the works for this school year, and to get your performance attire. Thank you!