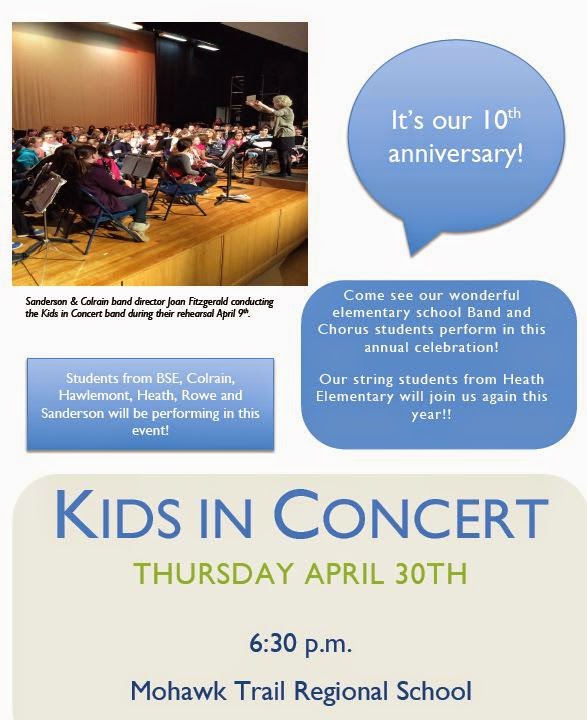 The 10th Anniversary Kids in Concert is at the Mohawk auditorium on Thursday, April 30, at 6:30 pm. This is the 10th anniversary of Kids in Concert. Come see the talented young musicians from the 4th, 5th and 6th grades of elementary schools in the Mohawk Schools Districts: Buckland-Shelburne Elementary, Colrain Central School, Hawlemont Regional, Heath Elementary, and Sanderson Academy. Rowe Elementary students are also participating.  There will be performances by the band, chorus, and a string ensemble from Heath.

Featured this year is a song that was arranged by local composer Alice Parker, who will be in the audience for the performance.

The Mohawk Music Association will once again be providing ice cream to the performers after the concert.