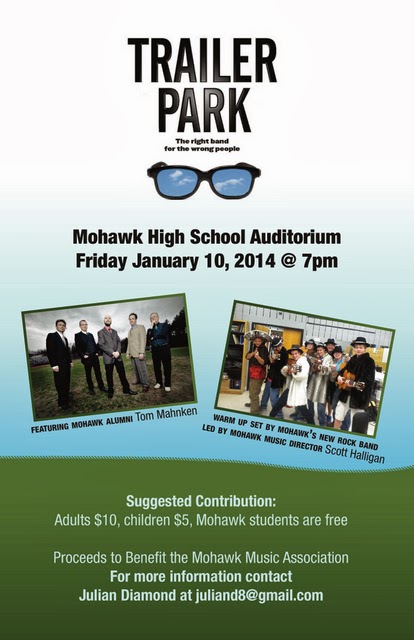 Mohawk Music is kicking off 2014 with a very special, student-produced Benefit Concert!

For student rockers, this concert will be the culmination of their semester working together collaboratively and will feature performances of classic rock songs, modern rock songs, and original songs.

Trailer Park is a professional rock band that has logged over 700 shows throughout New England. Mohawk alumnus Tom Mahnken is a member of the band. Trailer Park performed on the Mohawk Stage in 2012's Alumni Concert, and we are delighted to have them back for this Benefit.

This concert is being produced by Mohawk sophomore Julian Diamond.
Posted by Don at 5:03 AM