This is our biggest fundraiser of the year - please help!

Contact:
Eric Grant
Ann Pacino
Posted by Don at 11:04 AM

Select Chorus will perform at the First Congregational Church of Shelburne Fall Festival on Little Mohawk Road in Shelburne on Saturday, September 25 at 11:30 am.
Posted by Don at 6:44 AM

There will be a Mohawk Middle School and High School Open House on Wednesday, September 22, 2010.

Some of the evening's highlights include:
Download a pdf copy of the invitation for more schedule and event information.

Please visit the Mohawk Music Association information table in the lobby to learn more about our upcoming events and how you can be involved!

While visiting our table in the lobby you may notice the new Sol LeWitt drawing on the lobby wall. Please read what a Boston architect had to say about Mohawk's exhibit on his blog: http://towersofilium.blogspot.com/2010/09/reproduced-but-not-mass-produced-art.html
Posted by MMA at 11:05 AM 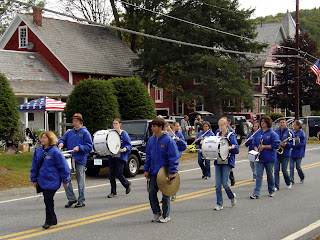 Come to the Coleraine Village Fair on Saturday, September 18, 2010 and enjoy one of our large valley-grown baked potatoes with toppings of your choice: sour cream, grated cheese, broccoli, butter. New this year: Kevin's Soon-To-Be-Famous Taco Potato!

Mohawk's Marching Band will perform in the parade at 10 am. Arrive early to watch the parade and stay for a day of family fun on Main Street in Colrain Center.

Also on Saturday, September 18, the Music Association will have a karaoke booth at the Salmon Falls Street Fest in Shelburne Falls. We'll be located between Bakers Pharmacy and the Shelburne Falls Super Market on Bridge Street. Bring your friends and wow them with your best performance!

Mohawk's Marching Band will also be there, starting on the Buckland side of the river and marching across the bridge and up Bridge Street.
Posted by Don at 8:42 AM

The next meeting of the Mohawk Music Association will be Tuesday, September 7 at 6:00 pm in the Mohawk school cafeteria.
Agenda items include: finalize plans for the Colrain Village Fair and the Shelburne Falls Street Fest (both on Saturday, September 18).
Posted by Don at 5:27 PM